With their marbled counters, neoclassical oven alcove and iconic bouquets of spatulas, the “kitchen keynotes” delivered by NVIDIA founder and CEO Jensen Huang during pandemic-era GTCs have been a memorable setting for the highly anticipated events.

The keynotes were initially delivered from his real kitchen, in response to workplace closures. But last spring, the kitchen faded away to reveal a realistic digital replica — one that not only surprised viewers, but also showcased the powerful capabilities of the NVIDIA Omniverse virtual world simulation and collaboration platform.

Now, audiences can get a closer look at all the scenes from the latest virtual kitchen in the Virtual Kitchen Tone Poem.

The project, which launched at GTC in November, is a cinematic homage to the elaborate, painstaking work that went into recreating every detail of the kitchen, from its glistening chrome water fixtures to its earthenware salt cellar.

To accomplish the feat, a team of highly skilled artists collaborated across multiple continents and time zones using Omniverse.

It’s All in the Details

The virtual kitchen got its start during the video shoot for GTC in the fall of 2020, when an onsite crew captured high-resolution images of Huang’s kitchen. The lead environment artist used this footage as the main reference to build a virtual set. The creative team’s project lead researched detailed references of everything in the kitchen, including the appliance models, oil tins, salt box brands, and even the screws within the cabinets. A team of eight NVIDIA artists and 10 freelance creators built the cinematic with an Omniverse workflow. In Omniverse, each artist worked within their preferred software, then used Omniverse Connectors to bring all the models and data together, leading to a much smoother animation pipeline and publishing workflow.

The 3D modeling of 57 unique assets and 6,240 total scene objects was done in Autodesk 3ds Max, Autodesk Maya and Pixologic Zbrush. The artists used Adobe Substance Painter and Photoshop for texturing, and the rigging and animation was done in Maya. The team used Nuke for scene composition, while the editing was done with DaVinci Resolve.

Omniverse was where everything converged for lighting and rendering. Omniverse Nucleus acted as the universal exchange and collaboration hub for all the USD-based assets, which helped it all come together. Nucleus facilitated remote access, smart local caching and built-in versioning. 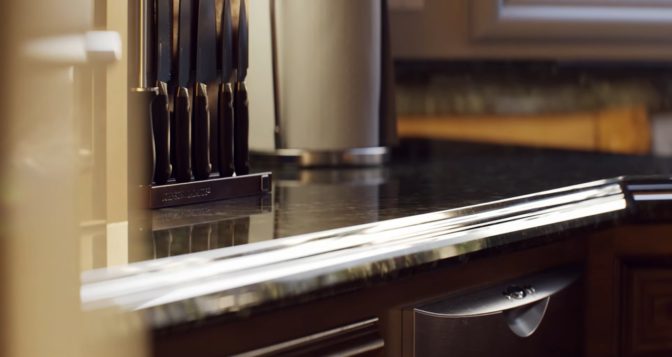 With Omniverse Farm, a team of artists can iterate on rendering in an organized, repeatable fashion, bringing flexibility and structure to the rendering process — similar to what animation and visual effects studios would expect.

Omniverse Farm enabled the team to easily batch render 40,000 frames for GTC totaling four terabytes of content, rendered across disparate workstations, on-premises data centers, and cloud servers with a peak of 1,200 GPUs running simultaneously. With the ability to easily contribute a workstation or new server to Farm, the teams could scale to meet their needs.

Visualizing the Future of VFX and Animation

The Virtual Kitchen Tone Poem showcases how it’s possible to have a workflow that’s iterative, scalable and streamlined under short deadlines. These are some of the biggest requirements for artists working in animation and VFX production studios.

Omniverse provided all the tools that enabled the creative team to efficiently render high-quality content for the latest GTC keynote, which shifted across virtual environments, including Huang’s kitchen, a data center, and NVIDIA’s campus in Silicon Valley. NVIDIA technology provided a new level of collaboration for people across the globe that wasn’t available before.

NVIDIA technology also allowed for a non-destructive workflow, which was crucial to a project of this nature and scale, as it helped the team streamline remote and cross-platform collaboration.

The Tone Poem showcases the potential of Omniverse, and how animation and VFX studios can use the platform to enhance workflows, including for production-style projects.