Amid the COVID-19 pandemic, live sporting events are mostly being held without fans in the stands. At Roborace, they’re removing humans from the field as well, without sacrificing any of the action.

Roborace is envisioning autonomous racing for the future. Teams compete using standardized cars powered by their own AI algorithms in a series of races testing capabilities such as speed and object detection. Last month, the startup launched its Season Beta, running entirely autonomous races and streamed live online for a virtual audience.

This second season features Roborace’s latest vehicle, the Devbot 2.0, a state-of-the-art race car capable of both human and autonomous operation and powered by the NVIDIA DRIVE AGX platform. Devbot was designed by legendary movie designer Daniel Simon, who has envisioned worlds straight out of science fiction for films such as Tron, Thor and Captain America. 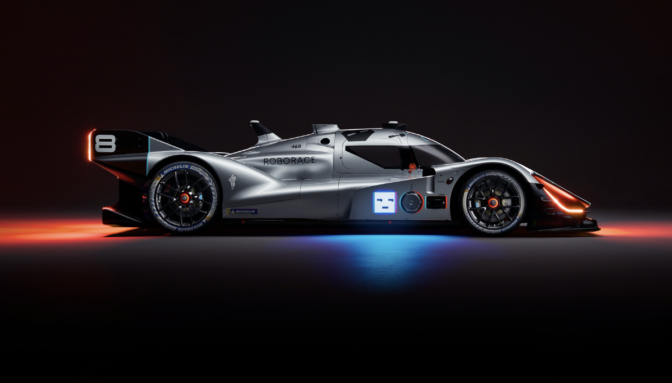 Each Season Beta event consists of two races. In the first, teams race their Devbots autonomously with no obstacles. Next, the challenge is to navigate the same track with virtual objects, some of which are time bonuses and others are time penalties. The team with the fastest overall time wins.

These competitions are intended to put self-driving technology to the test in the extreme conditions of performance racing, pushing innovation in both AI and the sport of racing itself. Teams from universities around the world have been able to leverage critical data from each race, developing smarter and faster algorithms for each new event.

From the Starting Line

The first two races took place on Sept. 24 and 25 at the world-renowned Anglesey National Circuit in Wales. Teams from the Massachusetts Institute of Technology, Carnegie Mellon University, University Graz Austria, Technical University Pisa and commercial racing team Acronis all took to the track to put their AV algorithms through their paces. Racing stars such as Dario Franchitti and commentators Andy McEwan and Matt Roberts helped deliver the electrified atmosphere of high-speed competition to the virtual racing event.

Radio interruptions and other issues kept the teams from completing the race. However, the learnings from Wales are set to make the second installment of Roborace Season Beta a can’t-miss event.

Ready for Round Two

The autonomous racing season continues this week at Thruxton Circuit in Hampshire, U.K. The same set of teams will be joined by a guest team from Warwick Engineering Society and Warwick University for a second chance at AV racing glory.

Sergio Pininfarina, CEO of the legendary performance brand, will join the suite of television presenters to provide color commentary on the races.

Be sure to tune in live from Oct. 28 to Oct. 30 to witness the future of racing in action, catch up on highlights and mark your calendar for the rest of Roborace Season Beta.