Scientifically speaking, today is the best day of the week, because today is GFN Thursday. And that means more of the best PC games streaming right from the cloud across all of your devices.

This is a special GFN Thursday, too — not just because it’s the first Thursday of the month, which means learning about some of the games coming throughout February, but also because it’s GeForce NOW’s one-year anniversary. One year ago, we opened the cloud for any PC gamer whose rig needed a boost, and gave our Founders members RTX ON for supported games. Today, we offer over 800 games streaming instantly, with more on the way each week.

For now, let’s get into the best part of GFN Thursday: new games.

The complete list of games joining GeForce NOW this week can be found below, but here are a few highlights: 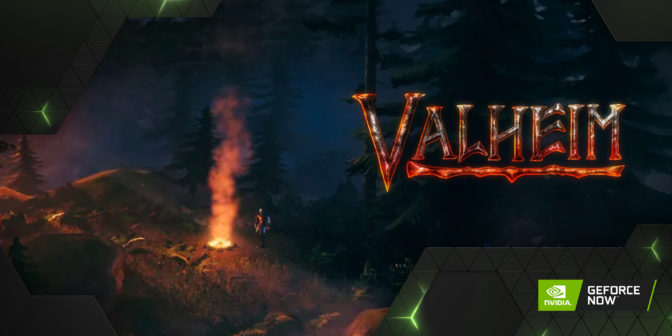 A brutal exploration and survival game for 1-10 players, set in a procedurally generated purgatory inspired by Viking culture. Battle, build and conquer your way to a saga worthy of Odin’s patronage! A unique experience full of savage combat and mystical adventures. You are Cahal, a powerful Garou who can transform into a wolf and a Crinos, a huge ferocious beast. Master your three forms and their powers to punish those who defile Gaia.

In addition to these highlights, members can look for the following:

Looking Ahead to the Rest of February

Beyond this week, members can start getting excited about the following games:

And here are even more titles joining GeForce NOW in February:

In Case You Missed It

In addition to the games we shared on the GeForce Forums, we had some surprise additions in January, including:

That’s a whole lotta gaming. What will you play in February? Let us know on Twitter or in the comments below.