We love PC games. The newest titles and the greatest classics. FPS, RPG, grand strategy, squad-based tactics, single-player, multiplayer, MMO — you name it, we love it.

There are more than 800 games on GeForce NOW — including 80 of the biggest free-to-play games — streaming straight from the cloud. And thanks to the explosive growth of PC gaming in recent years, there are more games to play than ever.

Fun fact: those games often launch on Thursdays, right alongside our client and backend updates. That makes Thursday our favorite day of the week. So let’s formalize it, right?

This is GFN Thursday — our weekly celebration of the newest games, features and news, streaming from the cloud to you.

This week’s a doozy, too. But before we get into the games, let’s set the stage and answer a few questions.

What is GFN Thursday?

GFN Thursday is our ongoing commitment to bringing great PC games and service updates to our members each week. Come back every Thursday to discover what’s new in the cloud, including games, exclusive features, and news on GeForce NOW.

Because Mondays are boring? Seriously, over the course of the past year, many of our most played games either launched or released major season updates on Thursdays — and we aim to support these launches as soon after their release as possible.

Many of the top free-to-play games, from Fortnite to Apex Legends, Destiny 2 and more, also release major season updates for Thursdays. We’re committed to supporting each new content release the moment it’s available, with updates rolling out to members across all our data centers, in all of our regions as quickly as possible.

Our members love to learn what’s coming each week to the GeForce NOW library and plan their gaming for the weekend. We do, too. With GFN Thursday updates every week, you’ll always know what’s ready to play across your devices, even if you’re away from your gaming rig.

What if I want to know what games are coming in the future?

Okay, then the first GFN Thursday of each month is for you. That’s when we’ll share the games we anticipate adding to GeForce NOW throughout that month.

This list may not be every game that releases in a month, however. Things move fast, and we know there will be surprises. In January alone, we shared 23 games coming to GeForce NOW, with HITMAN 3 and Everspace 2 being late-breaking additions we were also able to welcome this month.

Games will continue to be added every week, but that first GFN Thursday of the month will give you a glimpse at what to expect. That way you can shop with confidence, knowing what’s to come.

Finally, let’s get to the good stuff. The complete list of games joining GeForce NOW this week can be found below, but here are a few highlights: 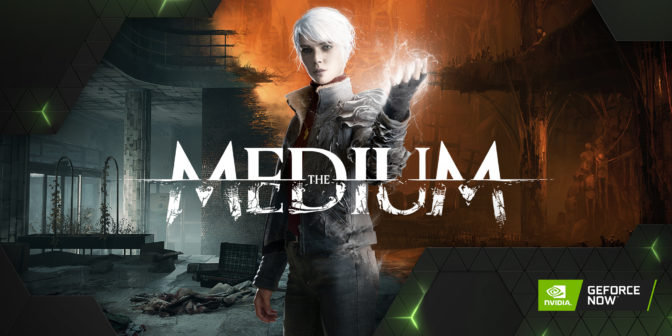 Founders can play with RTX ON and discover a dark mystery only a medium can solve. Travel to an abandoned communist resort and use your psychic abilities to uncover its deeply disturbing secrets, solve dual-reality puzzles, survive encounters with sinister spirits and explore two realities at the same time. In this free demo from Ubisoft, play as Fenyx, a new winged demigod, on a quest to save the Greek gods and their home from a dark curse. Take on mythological beasts, master the legendary powers of the gods and defeat Typhon, the deadliest Titan in Greek mythology, in an epic fight for the ages.

Members with the full game and Season Pass can also play the new Immortals Fenyx Rising DLC, A New God, on Jan. 28. 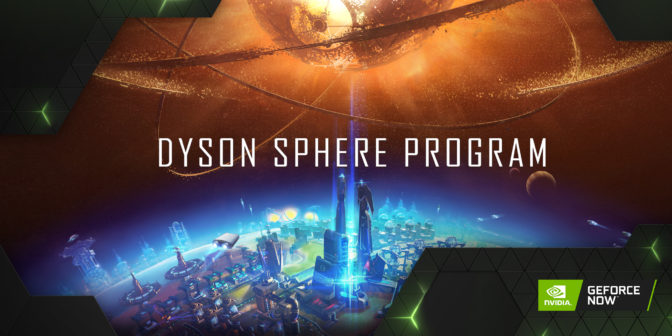 Build the most efficient intergalactic factory in this space simulation strategy game. Harness the power of stars, collect resources, plan and design production lines and develop your interstellar factory from a small space workshop to a galaxy-wide industrial empire.

Here’s the full list for Jan. 28. What are you looking forward to playing? Let us know below.

We’ll see you next week for a very exciting one-year anniversary edition of GFN Thursday!