It’s a new age for safety.

Volvo Cars unveiled the Volvo EX90 SUV today in Stockholm, marking the beginning of a new era of electrification, technology and safety for the automaker. The flagship vehicle is redesigned from tip to tail — with a new powertrain, branding and software-defined AI compute — powered by the centralized NVIDIA DRIVE Orin platform.

The Volvo EX90 silhouette is in line with Volvo Cars’ design principle of form following function — and looks good at the same time.

Under the hood, it’s filled with cutting-edge technology for new advances in electrification, connectivity, core computing, safety and infotainment. The EX90 is the first Volvo car that is hardware-ready to deliver unsupervised autonomous driving.

These features come together to deliver an SUV that cements Volvo Cars in the next generation of software-defined vehicles.

“We used technology to reimagine the entire car,” said Volvo Cars CEO Jim Rowan. “The Volvo EX90 is the safest that Volvo has ever produced.”

The Volvo EX90 looks smart and has the brains to back it up.

Volvo Cars’ proprietary software runs on NVIDIA DRIVE Orin to operate most of the core functions inside the car, including safety, infotainment and battery management. This intelligent architecture is designed to deliver a highly responsive and enjoyable experience for every passenger in the car. 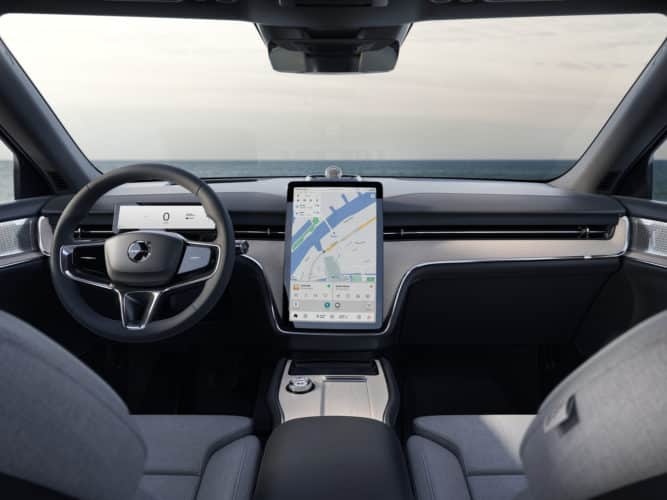 The Volvo EX90 is just the beginning of Volvo Cars’ plans for the software-defined future.

The automaker plans to launch a new EV every year through 2025, with the end goal of having a purely electric, software-defined lineup by 2030.

The new flagship SUV is available for preorder in select markets, launching the next phase in Volvo Cars’ leadership in premium design and safety.