We are excited to announce the release of PyTorch® 1.13 (release note)! This includes Stable versions of BetterTransformer. We deprecated CUDA 10.2 and 11.3 and completed migration of CUDA 11.6 and 11.7. Beta includes improved support for Apple M1 chips and functorch, a library that offers composable vmap (vectorization) and autodiff transforms, being included in-tree with the PyTorch release. This release is composed of over 3,749 commits and 467 contributors since 1.12.1. We want to sincerely thank our dedicated community for your contributions.

Along with 1.13, we are also releasing major updates to the PyTorch libraries, more details can be found in this blog.

Reflecting the performance benefits for many NLP users, Nested Tensors use for Better Transformer is now enabled by default. To ensure compatibility, a mask check is performed to ensure a contiguous mask is supplied. In Transformer Encoder, the mask check for src_key_padding_mask may be suppressed by setting mask_check=False. This accelerates processing for users than can guarantee that only aligned masks are provided. Finally, better error messages are provided to diagnose incorrect inputs, together with improved diagnostics why fastpath execution cannot be used. 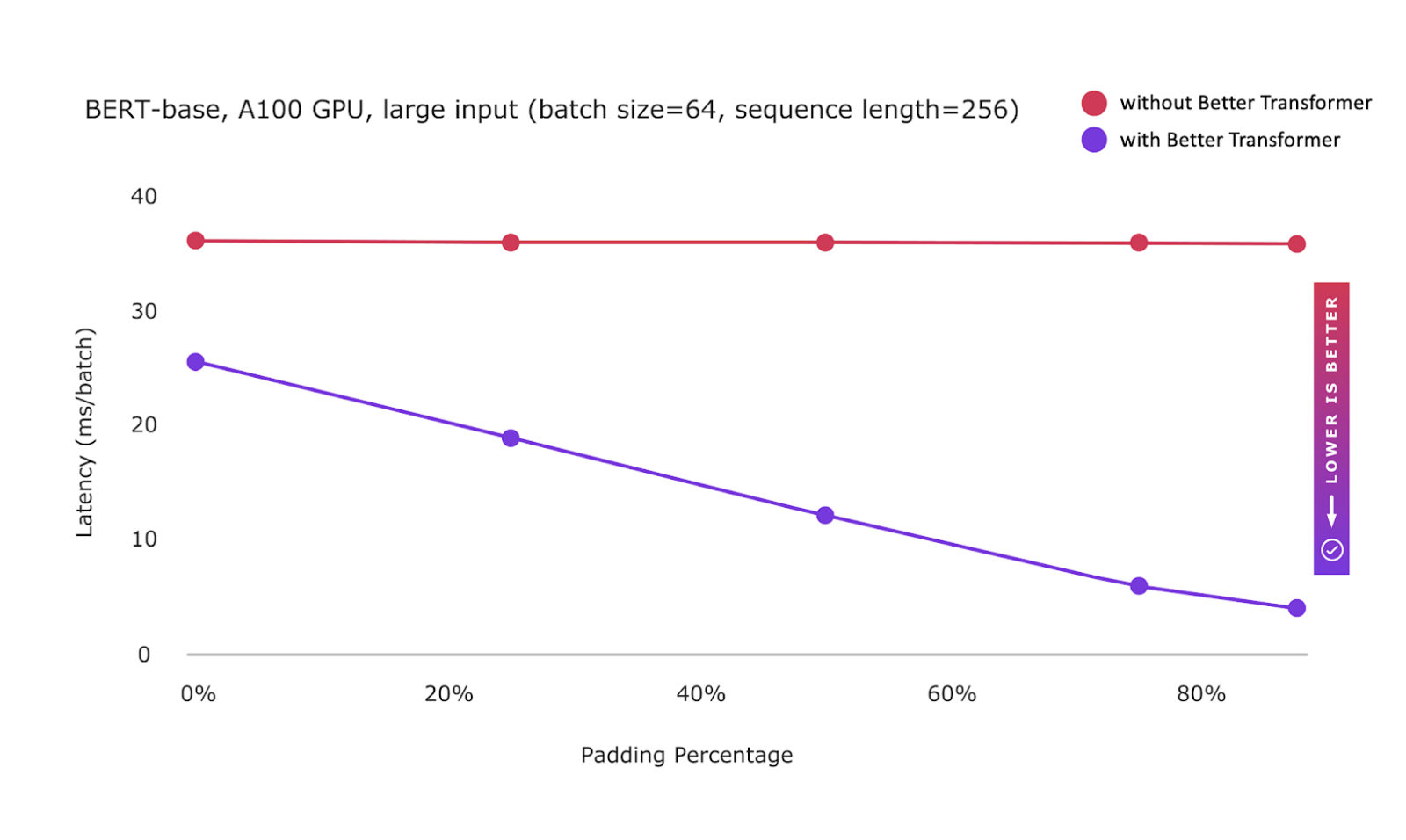 Timely deprecating older CUDA versions allows us to proceed with introducing the latest CUDA version as they are introduced by Nvidia®, and hence allows developers to use the latest features of CUDA and benefit from correctness fixes provided by the latest version.

Decommissioning of CUDA 11.3 and introduction of CUDA 11.7 brings compatibility support for the new NVIDIA Open GPU Kernel Modules and another significant highlight is the lazy loading support. CUDA 11.7 is shipped with cuDNN 8.5.0 which contains a number of optimizations accelerating transformer-based models, 30% reduction in library size , and various improvements in the runtime fusion engine. Learn more on CUDA 11.7 with our release notes.

Inspired by Google® JAX, functorch is a library that offers composable vmap (vectorization) and autodiff transforms. It enables advanced autodiff use cases that would otherwise be tricky to express in PyTorch. Examples include:

We’re excited to announce that, as a first step towards closer integration with PyTorch, functorch has moved to inside the PyTorch library and no longer requires the installation of a separate functorch package. After installing PyTorch via conda or pip, you’ll be able to `import functorch’ in your program. Learn more with our detailed instructions, nightly and release notes.

PyTorch users are able to visualize op-level timeline of PyTorch scripts execution in Intel® VTune™ Profiler when they need to analyze per-op performance with low-level performance metrics on Intel platforms.


Learn more with our tutorial.

The performance benefit can be obtained with existing TorchScript, channels last and BF16 Autocast APIs. See code snippet below. We will migrate the optimizations in NNC to the new PyTorch DL Compiler TorchInductor.

Since v1.12, PyTorch has been offering native builds for Apple® silicon machines that use Apple’s new M1 chip as a prototype feature. In this release, we bring this feature to beta, providing improved support across PyTorch’s APIs.

We now run tests for all submodules except torch.distributed on M1 macOS 12.6 instances. With this improved testing, we were able to fix features such as cpp extension and convolution correctness for certain inputs.

To get started, just install PyTorch v1.13 on your Apple silicon Mac running macOS 12 or later with a native version (arm64) of Python. Learn more with our release notes.

We achieved substantial improvements for CV and NLP inference on aarch64 cpu with Arm Compute Library (acl) to enable acl backend for pytorch and torch-xla modules. Highlights include:

When enabled, the sanitizer begins to analyze low-level CUDA operations invoked as a result of the user’s PyTorch code to detect data race errors caused by unsynchronized data access from different CUDA streams. The errors found are then printed along with stack traces of faulty accesses, much like Thread Sanitizer does. An example of a simple error and the output produced by the sanitizer can be viewed here. It will be especially useful for machine learning applications, where corrupted data can be easy to miss for a human and the errors may not always manifest themselves; the sanitizer will always be able to detect them.

Binaries for Linux with Python 3.11 support are available to download via pip. Please follow the instructions on the get started page. Please note that Python 3.11 support is only a preview. In particular, features including Distributed, Profiler, FX and JIT might not be fully functional yet.