Sungin is a Junior Solutions Architect for MegazoneCloud, one of the largest AWS partners in South Korea. Sungin studied linguistics and anthropology in university, but made a career change to cloud engineering. When Sungin first started learning about ML, he never knew he would create the winning composition for the Chartbusters challenge.

We interviewed Sungin to learn about his experience competing in the third Chartbusters challenge, which ran from September 2–23, 2020, and asked him to tell us more about how he created his winning composition. 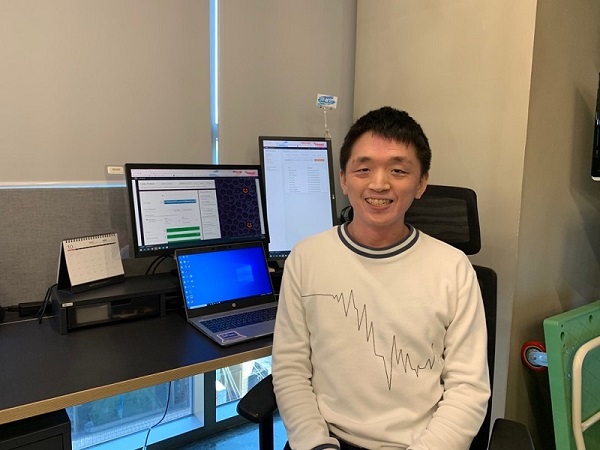 Sungin Lee at his work station.

Getting started with machine learning

Sungin began his interest in ML and Generative Adversarial Networks (GANs) through the vocational education he received as he transitioned to cloud engineering.

“As part of the curriculum, there was a team project in which my team tried to make a model that generates an image according to the given sentence through GANs. Unfortunately, we failed at training the model due to the complexity of it but [the experience] deepened my interest in GANs.”

After receiving his vocational education, Sungin chose to pursue a career in cloud engineering and joined Megazone Cloud. Six months in to his career, Sungin’s team leader at work encouraged him to try AWS DeepComposer.

“When the challenge first launched, my team leader told me about the challenge and encouraged me to participate in it. I was already interested in GANs and music, and as a new hire, I wanted to show my machine learning skills.”

In The Sounds of Science, developers composed background music for a video clip using the Autoregressive Convolutional Neural Network (AR-CNN) algorithm and edited notes with the newly launched Edit melody feature to better match the music with the provided video.

“I began by selecting the initial melody. When I first saw the video, I thought that one of the sample melodies, ‘Ode to Joy,’ went quite well with the atmosphere of the video and decided to use it. But I wanted the melody to sound more soothing than the original so I slightly lowered the pitch. Then I started enhancing the melody with AR-CNN.” 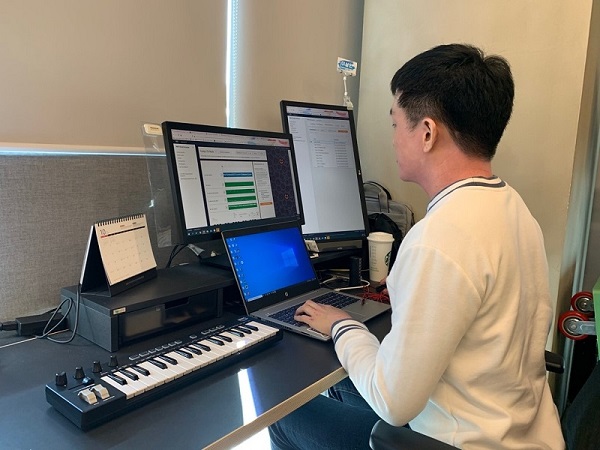 Sungin worked on his competition for a day before generating his winning melody.

“I generated multiple compositions with AR-CNN until I liked the melody. Then I started adding more instruments. I experimented with all sample models from MuseGan and decided that rock suits melody the best. I found the ‘edit melody’ feature very helpful. In the process of enhancing the melody with AR-CNN, some off-key notes would appear and disrupt the harmony. But with the ‘edit melody’ feature, I could just remove or modify the wrong note and put the music back in key!”

The Edit melody feature on the AWS DeepComposer console.

“The biggest obstacle was my own doubt. I had a hard time being satisfied with the output, and even thought of giving up on the competition and never submitting any compositions. But then I thought, why give up? So I submitted my best composition by far and won the challenge.”

You can listen to Sungin’s winning composition, “The Joy,” on the AWS DeepComposer SoundCloud page.

Sungin believes that the AWS DeepComposer Chartbusters challenge gave him the confidence in his career transition to continue pursuing ML.

“It has been only a year since I started studying machine learning properly. As a non-Computer Science major without any basic computer knowledge, it was hard to successfully achieve my goals with machine learning. For example, my team project during the vocational education ended up unsuccessful, and the AWS DeepRacer model that I made could not finish the track. Then, when I was losing confidence in myself, I won first place in the AWS DeepComposer Chartbusters challenge! This victory reminded me that I could actually win something with machine learning and motivated me to keep studying.”

Overall, Sungin completed the challenge with a feeling of accomplishment and a desire to learn more.

“This challenge gave me self-confidence. I will keep moving forward on my machine learning path and keep track on new GAN techniques.”

Congratulations to Sungin for his well-deserved win!

We hope Sungin’s story has inspired you to learn more about ML and get started with AWS DeepComposer. Check out the next AWS DeepComposer Chartbusters challenge, and start composing today.

Paloma Pineda is a Product Marketing Manager for AWS Artificial Intelligence Devices. She is passionate about the intersection of technology, art, and human centered design. Out of the office, Paloma enjoys photography, watching foreign films, and cooking French cuisine.