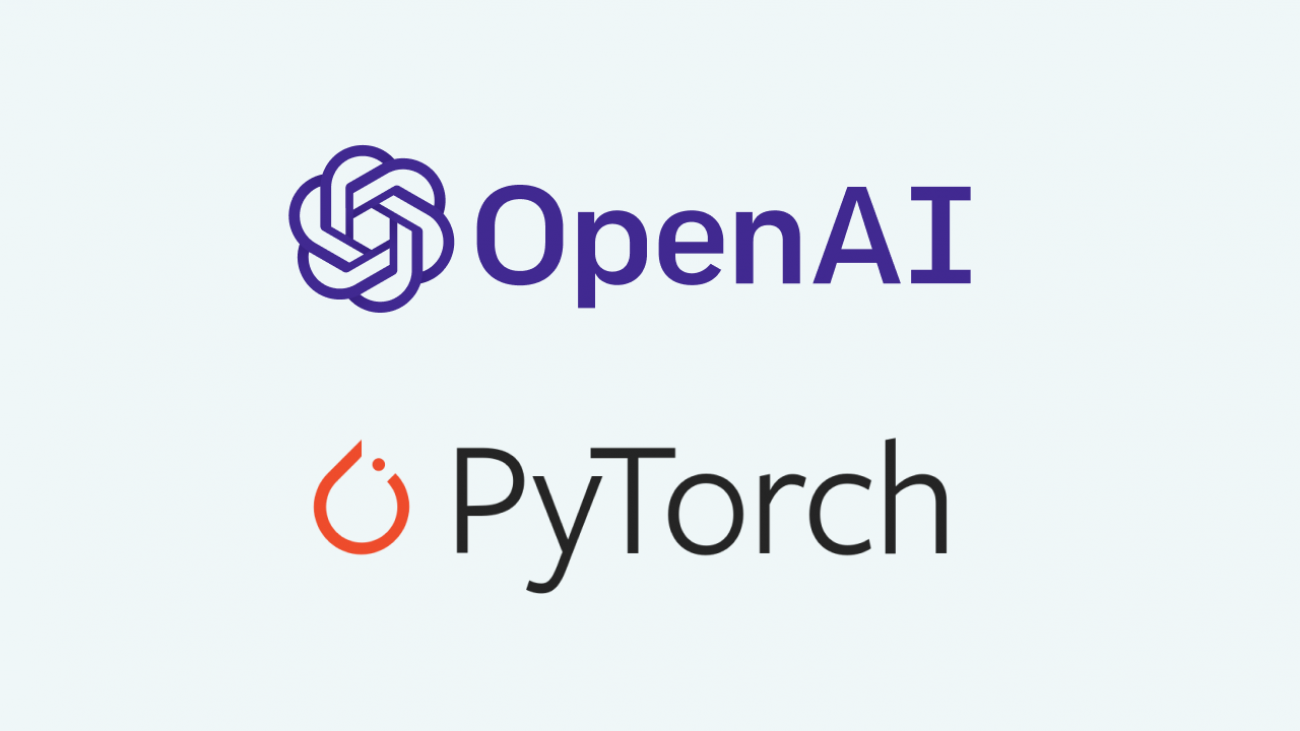 We are standardizing OpenAI’s deep learning framework on PyTorch. In the past, we implemented projects in many frameworks depending on their relative strengths. We’ve now chosen to standardize to make it easier for our team to create and share optimized implementations of our models.

As part of this move, we’ve just released a PyTorch-enabled version of Spinning Up in Deep RL, an open-source educational resource produced by OpenAI that makes it easier to learn about deep reinforcement learning. We are also in the process of writing PyTorch bindings for our highly-optimized blocksparse kernels, and will open-source those bindings in upcoming months.

The main reason we’ve chosen PyTorch is to increase our research productivity at scale on GPUs. It is very easy to try and execute new research ideas in PyTorch; for example, switching to PyTorch decreased our iteration time on research ideas in generative modeling from weeks to days. We’re also excited to be joining a rapidly-growing developer community, including organizations like Facebook and Microsoft, in pushing scale and performance on GPUs.

Going forward we’ll primarily use PyTorch as our deep learning framework but sometimes use other ones when there’s a specific technical reason to do so. Many of our teams have already made the switch, and we look forward to contributing to the PyTorch community in upcoming months.

Today, we’re announcing the availability of PyTorch 1.4, along with updates to the PyTorch domain libraries. These releases build on top of the announcements from NeurIPS 2019, where we shared the availability of PyTorch Elastic, a new classification framework for image and video, and the addition of Preferred Networks to the PyTorch community. For those that attended the workshops at NeurIPS, the content can be found here.

The 1.4 release of PyTorch adds new capabilities, including the ability to do fine grain build level customization for PyTorch Mobile, and new experimental features including support for model parallel training and Java language bindings.

Following the open sourcing of PyTorch Mobile in the 1.3 release, PyTorch 1.4 adds additional mobile support including the ability to customize build scripts at a fine-grain level. This allows mobile developers to optimize library size by only including the operators used by their models and, in the process, reduce their on device footprint significantly. Initial results show that, for example, a customized MobileNetV2 is 40% to 50% smaller than the prebuilt PyTorch mobile library. You can learn more here about how to create your own custom builds and, as always, please engage with the community on the PyTorch forums to provide any feedback you have.

Example code snippet for selectively compiling only the operators needed for MobileNetV2:

With the scale of models, such as RoBERTa, continuing to increase into the billions of parameters, model parallel training has become ever more important to help researchers push the limits. This release provides a distributed RPC framework to support distributed model parallel training. It allows for running functions remotely and referencing remote objects without copying the real data around, and provides autograd and optimizer APIs to transparently run backwards and update parameters across RPC boundaries.

To learn more about the APIs and the design of this feature, see the links below:

For the full tutorials, see the links below:

As always, you can connect with community members and discuss more on the forums.

In addition to supporting Python and C++, this release adds experimental support for Java bindings. Based on the interface developed for Android in PyTorch Mobile, the new bindings allow you to invoke TorchScript models from any Java program. Note that the Java bindings are only available for Linux for this release, and for inference only. We expect support to expand in subsequent releases. See the code snippet below for how to use PyTorch within Java:

Learn more about how to use PyTorch from Java here, and see the full Javadocs API documentation here.

The improvements to torchvision 0.5 mainly focus on adding support for production deployment including quantization, TorchScript, and ONNX. Some of the highlights include:

Improvements in torchaudio 0.4 focus on enhancing the currently available transformations, datasets, and backend support. Highlights include:

torchtext 0.5 focuses mainly on improvements to the dataset loader APIs, including compatibility with core PyTorch APIs, but also adds support for unsupervised text tokenization. Highlights include:

We’d like to thank the entire PyTorch team and the community for all their contributions to this work.

Our Nature paper describes AlphaFold, a system that generates3D models of proteins that are far more accurate than any that have come before.Read More

A recent development in computer science may provide a deep, parsimonious explanation for several previously unexplained features of reward learning in the brain.Read More